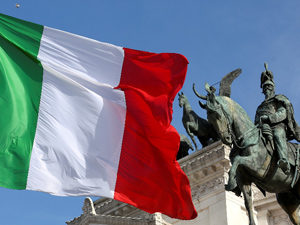 This is my view about Italian referendum, published today on Caixin. Below is the English translation.

Sunday, the people of Italy will cast their vote for the Constitutional referendum. They will have to choose whether to accept a number of reforms related to how the Parliament will operate and how the powers will be divided between citizens and government. It is not a referendum about staying or leaving the European Union, as some Chinese media have incorrectly reported recently. If Italians vote “Yes”, the constitution will be changed. If the vote “No”, it stays as it is. The actual content of the constitutional reforms is quite complex and involves changing about one third of the articles of the constitution. One of the main reforms is about the role and size of the upper house, the Senate. In Italy, there are currently two Chambers in the Parliament: House of Representatives (HoR) and the Senate. Both are elected directly by the people. Currently, if a new law needs to be passed, it needs to be approved by both chambers. The process maybe quite complex because if, for example, the Senate, suggests a change to the law, then this has to be taken back to the HoR for approval; if the HoR makes further changes, or fail to include all changes previously suggested by the Senate, then the law must be passed back to the Senate for approval again. This Ping-Pong can last forever and it is perceived as an inefficient manner to pass laws that, naturally, take a long time to be approved. The reforms proposed in the Sunday referendum strip the Senate of most powers and, if the Yes-camp were to win, from now on, most laws only need the approval by the HoR. No more ping-pong with the Senate, except for a small sub-set of laws. The reforms would also reduce the number of Senators from 300 to 100, roughly. In addition, the proposed reform changes also the manner in which the Senators are chosen: today, the 300 are elected directly by the people; the reform proposes that the 100 are instead chosen by the parties committees, in other words replacing direct democracy with representative democracy in the Senate. There are also other reforms proposed, whose content is largely obscure to 99% of the voters and only legal experts (some of them) fully understand it.
To complicate things further, the current Prime Minister, Renzi, is one of the main proponents of this constitutional reforms, openly supporting the Yes camp. This has resulted in an even more murky analysis and decision because the content proper of the reform has now been mixed with a vote of support for Mr Renzi and his left-wing party. Today, it is very common in the street of Italy and in the media to hear people say “I vote no because I don’t like the current government”. There are, on the other side, people who say “I vote yes because I like the current government”. Latest poll indicate Yes with 48% of the support, with the No achieving 52%. Some people say that latest polls have all been wrong (Brexit and Trump) and believe that the Yes-camp will eventually win, thus proving polls wrong again. This time, things may be different: polls may, yes, be incorrect, but this time the error is likely to be in underestimating the no-supporters. People who vote “No” are looked down by the left-wing intellectual elite and therefore, there is likely to be higher-than-estimated hidden no-supporters. Should the No prevail, Italy would enter a political crisis, with likely new government, possibly new election and bond Spreads would rise again. However, it is possible that the young and enthusiastic Renzi would survive even this possible set-up and re-emerge as an even stronger leader in the years to come.