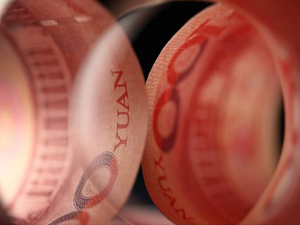 Below is a summary of an FT article on the internationalization of the RMB. Full text here (link).

Across a range of indicators, the extent of reminbi’s global push has slowed and in many cases slipped into reverse.

The share of China’s foreign trade settled in its own currency has shrunk from 26 per cent to 16 per cent over the past year while renminbi deposits in Hong Kong — the currency’s largest offshore centre — are down 30 per cent from a 2014 peak of Rmb1tn. Foreign ownership of Chinese domestic financial assets peaked at Rmb4.6tn in May 2015; it now stands at just Rmb3.3tn. In terms of turnover on global foreign exchange markets, the renminbi is only the world’s eighth most-traded currency — squeezed between the Swiss franc and Swedish krona — barely changed from ninth position in 2013.

What appeared to be structural drivers supporting greater international use of the Chinese currency now appear more like opportunism and speculation. Between the renminbi’s de-pegging from the US dollar in July 2005 and its all-time high of 6.04 versus the dollar in January 2014, the renminbi gained 37 per cent as it followed a nearly uninterrupted path of appreciation.

My view has always been that RMB internationalization is not going to happen in the medium term and that Chinese government itself does not really and should not want to do. Indeed, the use of RMB for international trade settlement has now gone down since IMF granted access to SDR. “Internationalization with Chinese Characteristics”. It is in the interest of china NOT to move too fast with this.