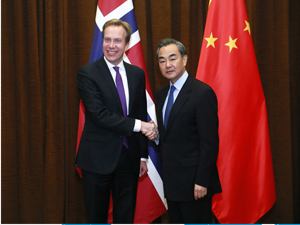 China and Norway decided on Dec 19, 2016, to normalize relations after six years of freeze.

I think Norway is gaining relative importance in the world arena not just because of its oil reserves but also because it is used an example of “Life outside the EU”. The news that China and Norway are re-establishing commercial relationship is not going to make Mr. Juncker very happy. It shows that countries can liaise with China on equal terms regardless of their size. In a way this makes the argument for “a stronger united Europe” less strong. Having said that, one should also not read too much into it, as EU political crisis surely is not the result of China getting in the way.

According to China Daily, Norway has solid expertise and experience in sectors such as environmental technology, maritime, offshore oil and gas exploration and fish farming. Norway has become a founding member of the Asian Infrastructure Investment Bank. Vast investment opportunities might occur to further strengthen the cooperation.