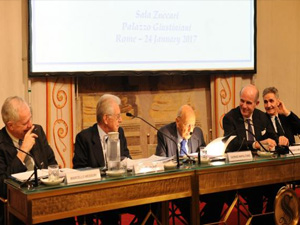 “Europe 2017: Make It or Break It?” is the tile of a conference organised by ISPI and LUISS University and held in Rome on Jan 24th. Participants included: Giorgio Napolitano, former Italian President, Mario Monti, Former Italian Prime Minister; Sylvie Goulard, Member, European Parliament; Stefano Micossi, Director General, Assonime; Peter Praet, Member of the Executive Board, European Central Bank; Sergio Fabbrini, Director, LUISS school of Government. Quite a line-up!  It was quite a high level of discussion on the challenges and opportunities that Europe faces today, ranging from the migrant crisis to banking Union to the role of EU and the European Commission and of course Brexit and the Euro.
The conference was organised to present and discuss an excellent policy paper co-authored by Franco Bruni, Sergio Fabbrini, Marcello Messori that provides a good read to those who want to know more about the current situation in the EU. Click here for the full report.

Unusual for a EU representative, Sylvie Goulard, in her speech emphasized the various challenges that the EU faces today. She recognised that mistakes have been made and that something needs to be done in order to re-establish the role of EU and its relationship with the EU citizens. In my view, quite a rare and welcome admission of guilt.  On the other hand, Mr Micossi launched an attack on individual countries arguing that member states should stop blaming Brussels for their failures and added that countries have all the tools to fix their own problem. I could then not resist the temptation to remind him that, while countries do make mistakes, the creation of the Euro has actually taken away from individual countries one of the many weapons they normally have. Therefore, I argued, that the idea that they have ‘all the tools’ is not entirely correct. His response was similar to someone walking into a Synagogue arguing that Christ was the Messiah. Mr Micossi went off on a history lecture – with unclear relationship between causes and effects – of when Italy’s inflation was extremely high and the Red Brigades were roaming the country, implicitly suggesting that a return to the Lira would bring back the 70s. In my view, this is exactly the response and psychological terrorism that fuels populism. Miss Goulard, suddenly forgetting her earlier mea-culpa was quick to jump and agree with Mr Micossi. So, we were left with no clear understanding of what exactly were the mistakes that the EU recognises to have made. 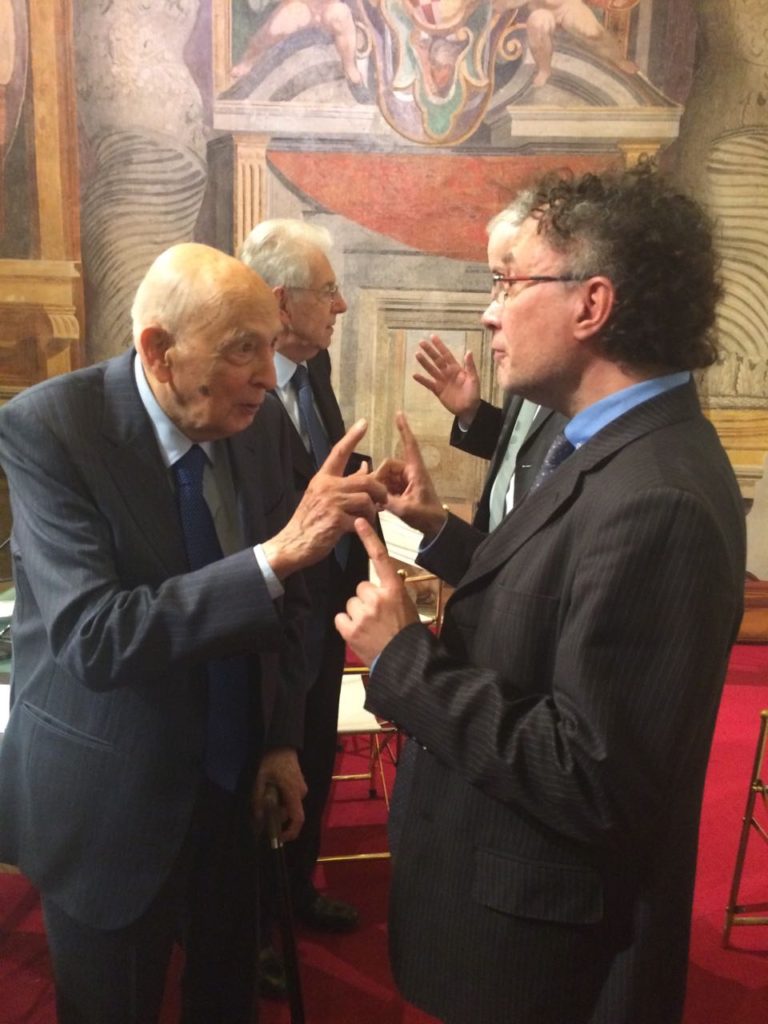 Finally, Mario Monti and President Giorgio Napolitano delivered two extremely good speeches. Prof Monti emphasised the need to solve current problems, instead of thinking too much about next steps and next integration challenges. A special note goes to president Napolitano who fluently and with no effort interchanged English, French and Italian despite his not so young age. I had the honour to spend a few minutes discussing with President Napolitano the challenges that our country faces today and I personally thanked the State of Italy for honouring me with the knighthood, for which the President congratulated me. A great ending to a great day in lovely Rome.