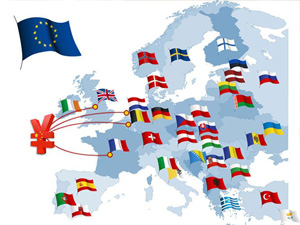 China will similarly organize an international forum on the One Belt One Road initiative in Beijing in May, and Jochum Haakma, the president of the EU-China Business Association, said Europe should take that opportunity to try to expand investment in China and attract more investment to Europe as well. A representative from PA Asia Ltd Beijing representative office said that Asia now is the most attractive destination in the world and the EU should take advantage of a partnership with the Asian Infrastructural Investment Bank (AIIB) to expand investment.

I think the EU representatives don’t seem to fully understand that China does not intend to deal with Europe as a block, rather it prefers to do bilateral deals with individual countries, of course within the limits of what EU regulation allows since trade policy lives in Brussels and not in the European individual countries.

The EU representatives also need to understand that there is a big difference between what China says and what China does. If they expect that, following President Xi’s speech on trade liberalism, China will open its door to free trade and free investment, then they will surely be disappointed. This is if the EU cares about real substance and not just about slogans and propaganda towards its own citizens.