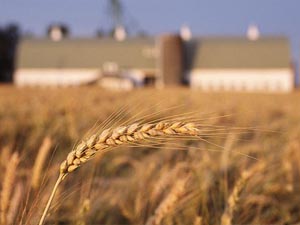 China is urging banks to offer more internet and mobile-based financial products to farmers in order to decrease the financial fraud in rural areas.

The State Council and the Central Committee of the Communist Party subtly changed the wording on developing internet finance in rural areas. While last year’s call was to develop internet and mobile-based financial services in rural areas, this year’s document emphasized the role of financial institutions by encouraging banks to use internet technologies to provide microloans, payment services and insurance to farmers. According to the Ministry of Public Security, the number of illegal fundraising cases overall increased by 71% in 2015 compared with a year earlier to 6,000, and the total money involved rose by 57% in 2015 to about 250 billion yuan ($36.5 billion).

China’s rural banking system has undergone several changes in the last few years. The current situation is the results of reforms introduced in 2008 when document 23 was published. This document set the rules for opening microcredit companies across the country. The intention was probably to offer access to credit to low income farmers and micro enterprises. However, the financing and operational restrictions imposed in these news microcredit companies were such that these companies could not produce strong returns to shareholders. We discussed this in an in-depth report where I argue for the relaxation of certain conditions, including leverage ratio and opening up to wholesale financing. My report is old, but not dated, unfortunately, and can be found here, as Policy Paper of the Global Policy Institute

Today, many of those so/called microcredit companies have evolved into financing vehicles for SME, that can offer higher profitability than micro enterprises and farmers, thus abandoning their original goal and turning into a de-facto substitute for traditional banks which have always shied away from serving those small customers. In many of our interviews, we found out that the loan sizes could reach several million RMB (millions of US dollars), a far cry from the typical 500-1,000 US$ that was in the original definition of micro-credit. As part of our study, we also produced a documentary on China Rural Finance (click here for Full Documentary,  Micro-credit section)

As it often happens in China, everything is connected and the lack of financial products for farmers was partially caused by the very low interest rate policy adopted by PBoC, which in turn led to the mushrooming of shadow banking which is nothing else than the grey-semi-legal wing of the formal microcredit companies.