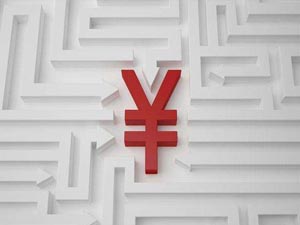 According to the annual budget report of the Finance Department of the central province of Hunan, the central government has estimated that national fiscal revenue will increase 5% this year and local government fiscal revenue will increase 6%. Among the 29 provinces and regions that have announced their income increase targets for this year, only nine set theirs below the 6% mark (Fujian, Gansu, Guangxi, Jiangsu, Jiangxi, Liaoning, Xinjiang set at 5%, Yunnan at 4% and Jilin at 3%). (Beijing normally establishes key economic goals for the coming year at the Central Economic Work Conference in December. These then must be approved by the National People’s Congress, at its annual meeting in March before being officially announced. But occasionally the figure appears earlier on provincial documents.)

According to an article in Caixin “China May Lift Fiscal Revenue Growth Target for First Time in Five Years“, growing inflationary pressures may have provided conditions for such an increase, since the biggest share of China’s tax revenues is generated from indirect taxes that are based on prices. And as prices go up, so does government income from these taxes. Chinese manufacturers were also experiencing soaring input costs, which eventually drive up the prices, and taxes, then increase consumers pay.

The Finance Ministry blamed the tepid revenue gain last year on declining economic growth and cuts in taxes and other fees, such as the conversion of business tax to value-added tax. Those tax reductions were aimed at reducing the financial burden on companies and boosting the service industry.

Looking at the fiscal budget and in particularly the forecasted increase in revenues, could offer an indication of the government expectation of future nominal GDP growth rate. So from this figures, 6 % of expected fiscal revenue growth, one could try to get an estimate for next year fiscal GDP growth.