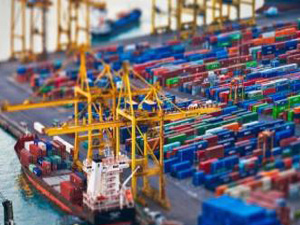 In Jan, the figure of China’s import and export is far beyond expection. Export increase by 7.9% increase YoY calculated by USD, and 15.2% increase if calculated by RMB. Import also increased dramatically, with 16.7% by USD and 25.2% by RMB.
In Jan, EU is the biggest trading partner of China, with 212 billion RMB export and 114 billion import. That was 13.6% increase in export and 15.2% increase in import. US is China’s second trading partner, with 234 bllion export and 86.1 billion import. That was 17.2% and 36.7% increase respectively.
Qilu Security chief Economy analyst said the increasing figures was result of Spring Festival. In another aspect, the possible trade war also stimuate China-US export figure. Despite seasonal effect, the lag effect of RMB depreciation would also probably result in the big increase in internatinoal trade figures.

My advice is from now on to look at the combined values of both current account and capital accounts, roughly speaking trade and capital investment balances. The reason is that new protectionism barriers may be increased for trade but lowered for investment.