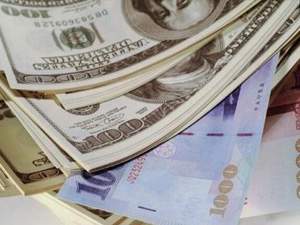 There have been worries since China’s foreign reserves have fallen to less than $3 trillion about China’s financial stability. It is a concern because the world has been used to China accumulating reserves. The main concern is not the level of reserves, but is the trend. It used to be a safe bet on foreign reserves, coming from FDI, current account and capital account surplus, now it is becoming a capital outflow. So the main worry about it is when is the capital account going to become negative. My worry is not the amount of the foreign reserves, but what the trend on foreign reserves tells us about the domestic economy, and the confidence the Chinese investors have on their economy. Why do they expand their investment overseas in such great number.

There has been accusation of President Trump that China as currency manipulator. I think it is not true. When Trump talks, in fact when any politicians talks, they are talking to their electoral basis. They do that to gain votes. When the economy is not good they have to find an enemy to blame. Is it an act of protectionism? It is a tricky problem because in a way, we have gotten used to think that, in a liberal economy, the country gains from trade. It is not always true, however. So there is some protectionism, there also could be some positive advantages for China. If we export western goods into China, we have to pay taxes, so China in a way, don’t have to make its door fully open, it has some form of protectionism.

Every county lives in different stages of its historical, social and economic development, so while we agree that in the long term, a liberal economy with little government intervention will be beneficial, there will issues linke to the timing and extent of intervention that need to be addressed. So Government ‘withdrawal” needs to be carefully planned. If you ask me should the government step out of the economy entirely, my answer is no. But if you ask me should we do it in fifty years from now, then make it like England, then I would say “it will make sense.”