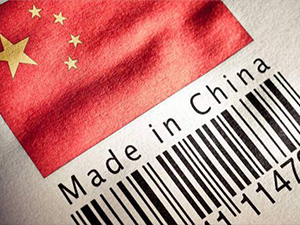 The European Chamber in China has just released a report commenting the “Made in China 2025” pursued by the Chinese Government.

In the report, the Chamber is critical of the plan. They fear that China may swamp the whole industry with overcapacity and protectionist measures. It also claims that those foreign companies were pressed to hand over their technology in exchange for trading and manufacturing rights in China. It mentioned that subsidies local manufacturing companies are violating China’s commitment to the WTO.

President of the EU Chamber, Jörg Wuttke, said that the Made in China 2025 initiative is unusual, because it specifies precise market targets for both domestic and international markets. The worry is that Chinese companies could swamp lucrative sectors with Chinese products, just like low-ended manufacturing sector over past decades.

The report indicates the current challenges for CM 2025. One is the lack of skilled labors. Top companies in the industry will hire most of the people, leaving few talents to the SMEs. 45% of companies had reported a shortage of competent workers, hindering the development of CM 2025. The second challenge is overcapacity as a result of government subsidy over the past years. Subsidies will increase the profitability of overall industry and lead to misappropriate resource allocation. EU Chamber thinks overcapacity would also harm the international business environment, because trading partners tend to protect themselves from overcapacity and business efficiency will be decreased. The third one is the challenge to international markets. The subsidies by the government are regarded as violating commitment of free trade. Also, it is skeptical to see Chinese government roles in many international mergers and acquisitions cases. This may twist international M&A market. EU Chamber report indicates that relevant policies of CM 2025 may threaten global market.

I think another reason of worry is that most of the MA activity carried out by Chinese companies overseas, has actually been driven by the government encouragement. Therefore, it further represents market distortions.