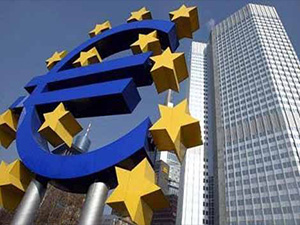 The Financial Times reports (full article here) that the European Commission intends to launch a new type of Government bond, packaging the bonds of various countries into a single security. The purpose of this new bond is to boost demands for debts of the weaker economies and allow weaker economies to keep borrowing costs down.

I hope the Financial Time’s report is incorrect and that there is no such thing being planned in Brussels. There are two main reasons why I think this is an extremely bad and dangerous idea.

1) Pooling together debts from countries with different economies and, therefore, different risks so that “weaker economies can borrow at lower costs” is equivalent to stronger economies subsidizing those weaker economies that could then access capital at lower-than-market rates. This is, in itself, a distortion of the market that would cause large amounts of capital to flow into the bonds of the weaker economies, just as it happened when the Euro was created and interest rates started to converge. The flow of money into places where it would not naturally go is a receipt for financial bubbles. Investors would be ‘sold’ the perception that all risk is created equal – while, it is not – and those weaker economies would see the percentage of their debt held by foreigners getting larger and larger. Does it sound familiar? This is what happened to Italy that used to have it Government bonds almost entirely held by domestic investors, while now around 40% of it is in foreign hands. This creates a double hedge dependency on foreigner capital that may prevent defaults in the short-term, but makes them more painful in the long term.

2) The pooling of bonds carrying various risks into a single security, was at the core of the global financial crisis. Here, things get a bit technical. The danger that one has when packaging good and bad bonds together is not just that the probability of default of the artificial bonds is miscalculated because of internal cross-subsidies. The key problem is that if the layering of such bonds is asymmetric, then even the probability of defaults of a single component of the tranche is not as it used to be, due to the different thinness of the layers and the violation of some basic assumptions about statistical laws. (I told you, it was a bit technical…that’s why I am sure few people in Brussels understand it.)