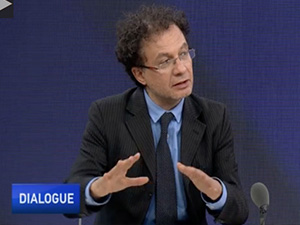 In response to Merkel’s claim that “we are on our own,” Geraci responds that “it is not clear whether Merkel means me on my own, me my country on my own, or me Europe on my own. There are different layers of isolation, and we know the question Europe needs to face is: Is Germany going to become European or is Europe going to become Germanized”.

“If Trump does not close the door a little bit, some industries may suffer a lot. The game Trump is playing is making sure on trade, things get a bit tougher, but on the investment side, things get a little bit more open. The US does not need trade…but it needs capital.”

“One of the main purposes of the European Union is to forget the concept of the country borders … and to continue to expand and include more and more countries. The European Union should be a seed for a peaceful community of people that exchange and trade.”