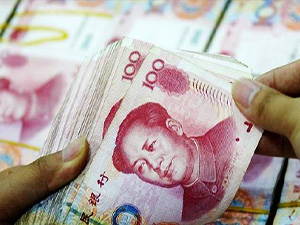 The dollar’s value has risen particularly high in the last few months, as Trump’s promises to increase government spending, lower business taxes, and cut regulation have inspired a flight to quality by investors. By contrast, the Chinese Renminbi has weakened significantly – from CN¥6.2 per dollar at the end of 2014 to CN¥6.95 at the end of last year – owing largely to declining investment and exports.

According to an article Trumping the Reminbi written by Andrew Sheng and Xiao Geng, one factor affecting exchange rates is a rapidly changing global supply chain. Evolving consumption patterns, regulatory regimes, and digital technologies have lately encouraged more domestic production. In the US, manufacturing has received a boost from technologies like robotics and 3D printing. That has supported economic recovery, without increasing its imports from Asia.

Meanwhile, China is already shifting from an export-driven growth model to another model based on higher domestic consumption, so a stronger Renminbi might serve its economy better. China’s current-account surplus fell to just 2.1% of GDP in 2016, and the International Monetary Fund projects it to narrow further, as exports continue to fall.

Perhaps the biggest challenge for China today lies in its capital account. Since the Renminbi began its downward slide in 2015, the incentive to reduce foreign debts and increase overseas assets has intensified.

Under the accuse of Trump’s claim that China is an exchange rate manipulation country, China can choose to apply a floating exchange rate policy. However, this policy would cost China large amount to maintain currency stability.

Under this circumstance, China should try to increase foreign investment in order to maintain international control. At the end of 2015, China’s gross foreign assets were relatively low, at 57.2% of GDP, compared to about 180% for Japan and many European countries and around 130% for the US. Meanwhile, China’s net foreign assets amounted to only 14.7% of GDP, compared to 67.5% for Japan and 48.3% for Germany (negative 41% of GDP for the US). Reforms in the real and financial sectors would enable this level to rise.