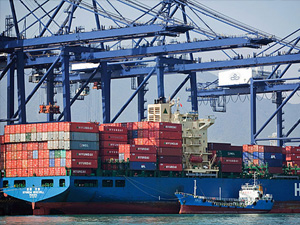 Stephen Roach, in the op-ed for Financial Times, claims that Trump is over blaming trade deficit for America’s current situation. US has trade deficit to 101 countries, not especially to China. This is no longer a bilateral problem, but rather a multilateral problem which origins from America itself. In Stephen’s view, the biggest problem with this trade deficit is the low saving rate. In the 3rd quarter of 2016, the average saving rate to income ratio was only 3%, less than that in the 20th century of 6.3%.

Under this circumstance, without much saving but chasing for higher growth, America has to invite investment from foreign countries like China, Japan, and Germany. Therefore, the international deficit will definitely increase. If America wants to charge a higher tariff to China, the huge blank will be replaced by other countries, with much higher price. Rocha called for increasing national saving to solve the current America dilemma. Protectionism is an excuse to get public away from the real truth.

One other reasons why America suffers a negative trade deficit is due to the international status of the US dollar. One of the paradoxical consequences of a having an international reserve currency is that when there is an international – economic or not – crisis, the “flight to quality ” mechanisms kicks in and investors chase the safest assets: that is US dollar. This then created demand for the the currency which, instead of depreciating as it should and how it must if exports need to be boosted, it actually appreciates, thus making the trade deficit even worse. This is a lesson in international finance that China needs to learn very well before it pushes on with the internationalization of the RMB. Internationalization of the RMB is something that I think China should seriously reconsider and it is something that will not happen for decades to come anyway.