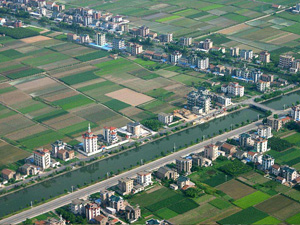 According to the article “Agricultural reform key to China’s prosperity” on Xinhua net, China’s first central document of 2017 promises to maintain the drive to resolve rural issues on the road to a moderately prosperous society by 2020. The first policy statement of year is widely referred to as the “No 1 Central Document.” For the past 14 years, it has been devoted to agriculture, farmers and rural areas.

Building the kind of moderately prosperous society China’s leaders envisage by 2020 means doubling 2010 GDP and residents’ incomes, while lifting the whole population above the poverty line. The urban-rural income gap continued to narrow last year, with per capita disposable income of rural residents rising 6.2 percent compared to only 5.6 percent among the urban population, according to the National Bureau of Statistics. The gap remains considerable however, with the per capita income of urbanites 2.72 times more than that of their rural counterpart.

Migrant workers will be encouraged to return home and start their own businesses. Careers in agriculture will be made more attractive through professional training for farmers and managers. There will be incentives for college graduates, entrepreneurs and returned students from overseas to bringing their technological and managerial skills to rural areas.

According to an article “Rural areas get backing to improve infrastructure” by Xu wei on China daily, China is to invest 3.4 trillion yuan ($495 billion) over the next four years to improve infrastructure in rural areas, including water supplies, roads and power supplies, as the government seeks to boost incomes and encourage startups. The government will seek to establish a variety of investment funds in the agricultural sector, and issue more government bonds that support infrastructure programs in the countryside, he said, adding, “These measures will be like diversion channels that enable social capital to flow to rural areas.”

The Chinese government is facing the classic dilemma of: on one hand trying to increase the living standard of the rural population and at the same time narrowing the Urban-Rural income gap.

While it is a noble goal to lift farmers out of poverty, it creates problems, because the rural – income disparity is the main driver of migration. And, at the rate of about 16 million per year, this flow contributes to between 1 and 2 percent of GDP growth.

The Chinese government must act very carefully to balance these two opposite goals: on one hand, to increase the living standard of the rural population and on the other hand, to maintain growth. Because if the migrant flow stops, 2 point of GDP growth will be immediately knocked out. As for income disparity, it seems to become a necessarily evil.