Sustainability and renewable sources to save the planet

The new routes of the economy: the debut of the program signed by Class and CGM, investigates the balance between pollution and economic recovery.

So Professor Geraci, what is your point of view and the stimulus you want to give us on this great topic?

It is an important subject, in the meantime we have heard three different points of view: Professor Sterman, who from a technical point of view says that something must be done, from Lebanon we said that the countries of the Middle East must because otherwise their main energy resources are exhausted and from China the emphasis on emission per capita or per country. 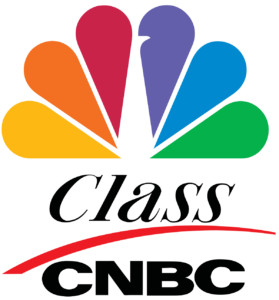 This text is a translated transcription of the original video interview avaiable on video.milanofinanza.it

So we have some, let’s say some difficulties, so I tell him a little bit what I saw in China: the boost on renewables that there is in China happens both for an empirical point of view so we have great increase in sales of electric vehicles, in Shenzen for example all buses, all taxis, so we are talking about tens of thousands about twenty thousand, 50 thousand between buses and taxis are 100 for 100 not even hybrid electric, we have companies that push the market for consumers of electric cars, we have the development of huge renewable energy production centers, just a few weeks ago I was in the western part, in the western region of China where there are stretches of wind farms and solar parks and just recently in the province of Qinghai was developed the largest solar park 2.2 Giga Watt, we are talking about an area of 5,500 hectares and then almost 50 km, three times the historic center of Rome. Along with the empirical part is the theoretical part, practically President Xi Jinping is forging a new pact with his own citizenship before it was: We make you make money and economic prosperity now GDP begins to slow down so a new social pact is established between the government and the citizens which is: “you make some money but a little less than before and that other part remaining we take care to clean up a little what is the environment pollution” and this gives the Chinese leadership both a domestic force but also an international standing because China has well understood that these are the non-divisive issues that it faces in the international arena. So he will give them a blessing Xi Jinping for these very ambitious carbon neutrality goals for 2060. So it’s empirical and theoretical, so it’s cutting-edge.

So even what Professor Wang Wei said is very important because the world needs China to play this game and do it in the first person with conviction as you have been saying that it is doing it starting from a situation that also remembered Professor Wang Wei was of great consumption of coal and gradually but with decision is abandoning in favor of renewable energy.

Can we move from these simulations to the actual application? because so many measures are already in progress but time is pressing and we measure it in our everyday life too.

Time is running out and it’s important what Professor Sterman said, that we need to involve as many agents as possible, so not just a disclosure as we do here on your channels but with government members, with companies because it is important that this model is applied a little by all countries because of course if Italy had to make those changes, those emission reduction policies alone would have no effect and therefore important this participation in all these international events and I believe, and I saw it a little bit, both talking to Middle Eastern friends, both talking to friends in Asia, Slowly when, you know what happens, when a local governor of Shanghai sees the city submerged in water in 2100, it activates, and I think Professor Sterman agrees with that with my sentence.

But from the Middle East they remind us how much even our country is exposed in concrete Professor Geraci makes an impression to hear it from outside, Because we know, we know that we are on a very delicate frontier, however, permeable to phenomena of secular migration but accelerated as a turbo of this climate change.

Absolutely before we had economic immigration and we will be able to have climate immigration are not the ones we are talking about now and temporary but just structural in the coming decades, so it seems obvious that it is in everyone’s interest to try to solve.

In conclusion we want to also look at the possibilities of collaboration for the future because in a joke Geraci, of course each system faces this emergency with its own history with its own characteristics because of course the professor told us how the Chinese system has some of the advantages in the possibility of long-term planning, Of course neither democracy nor Western systems have another approach but the objective must be convergent and once again we have to deal with a time that is extremely short, but Professor Sterman reminded us how we started late, That’s why we need to accelerate. We must accelerate immediately and we must for this I am a bit of the theory that we must cooperate beyond geopolitical tensions China has like those snow glasses depending on winter summer, It is the country that pollutes the most at this time from the point of view of CO2 emissions but precisely for this we say not electoral immediacy that the Chinese Communist Party does not have, can look at the graph that made us of Professor Sterman and for them, for the Chinese leadership, that GDP output gap will be pushed so that they can really take measures to stop this temperature rise, So we really have to cooperate with China because it’s the main problem but it’s also the main solution, not the only one, as Sterman said, but let’s start with the bigger one and in time we make our own.

We have tried here at cargo to go beyond what are the most common reflections sometimes even taken for granted on the theme of sustainability, of energy, of the energy transition of the environment bringing to light some contradictions that there are but above all the urgency to do concretely, to do globally, We have heard from China how sometimes there is and must not hide a level of competition also for the technological, economic supremacy between China and other nations but there is an essential level of collaboration when it comes to global problems like this of the environment. Let’s finish with your opinion, Professor Geraci.

Yes, I’ve noticed that while politicians are creating problems, scholars, scientists, economists are trying to solve them, so that’s good news. Then an invitation perhaps to our young people: boys this is the future, these are the industrial sectors where there will be demand, hopefully not for very long but certainly for the next decades engineers, designers, architects, scientists, physicists for greater efficiency of solar panels, everything also environmental engineers to try to manage a little parks with the environment, so this is a little if I was 17 years old I would start this path of studies, so a vision because a problem that just as you said and inertia will not go away in the year twenty-one.

The energy transition certainly involves costs we have heard, we will have to invest but at the same time it is also a great opportunity for growth when we have to transform our models, think in Europe we invented smog with the first industrial revolution of the nineteenth century, we are experts we know these technologies perhaps better than any other in the world and so here we could also create development opportunities with new companies with new jobs but the priority is to save the environment, save the planet and above all to save the future of the human species, thanks again to Professor Geraci who was here on cargo with the other guests.