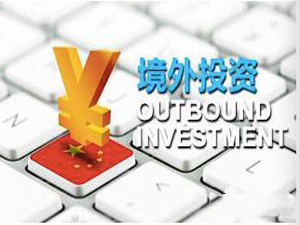 China’s outbound property investment plunged 84% in January ’17, compared to January ’16, while for the whole of 2016, the non-financial outbound investment surged by 44% to a new record of 170 billion USD.

The key question is “How do recent capital outflow restrictions impact the potential for outbound M&A activities, especially in Europe”. SAFE’s director, Mr Pan, claims that China is not taking any measure to restrict capital outflows and that the recent decline is only due to the abnormal increase posted during 2016. Therefore, January 2017 actual decline and the possible decline for the whole year is just a return to normality. While, I tend to agree with Mr Pan, in that even if 2016 might have been an abnormal growth year, one cannot entirely dismiss the recent measures taken by the Chinese government that tend to make transfer of capital abroad a little bit less easier than before.

From May 2014, any Chinese outbound M&A transaction whose value exceeds 1bn USD (7bn RMB) needs to be approved by the National Development and Reform Commission (NDRC). Click HERE for original document (in Chinese)

Any transaction of value above 100,000 USD needs to be reported by the financial institution executing the transaction. This rule is in force since the end of 2016 and affects all types of transaction. Click HERE for original document (in Chinese)

However, Mr Pan from SAFE in this interview with China Business Network said that China will not go back to capital control and that these measures are only aimed at preventing illegal capital outflows and have no impact, instead, on genuine business transactions. Over one trillion outbound cash flow in 2016 might contain illicit practices, including fraudulent corporate outbound investments, false profit remittances, obtaining foreign currency under forged trade pretences, pooling quotas of others to purchase or sell foreign money, illegal buying or selling of foreign exchange, and moving assets overseas through fake trade or investment deals. Thus he stressed that strengthening the policy is try to discover and eliminate those potential illegal movements but is not capital control.

He compared China’s current abnormal fast outflow of capital with that of Japan in America during the 1980s in America, leading Japanese in crisis, to stress that China should be more careful dealing with oversea investments. He also divides China’s outbound investment in 2014 to 2016 in two stages. The first stage was from the second half of 2014 until 1Q 2016. During this period, current account was in surplus but capital account was deficit, with increasing investments in foreign assets and decreasing foreign liabilities. Pan attributed this to strong dollar and low interest of RMB, leading domestic companies repaying their outstanding liability. The second period began in 2Q 2016, when deleveraging of companies was almost completed and capital account normalized.

Going back to facts, below are the data on Chinese’s outbound M&A, during the period 2002 to 2016 (up to 3Q2016), for selected European countries, Switzerland (CH), Germany (DE), Spain (ES), France (FR), Great Britain (GB), Italy (IT) and Netherlands (NL). The figures indicate the total value of announced M&A transaction for each selected target country and may be subject to changes due to some deals still pending completion. Still the message is valid. 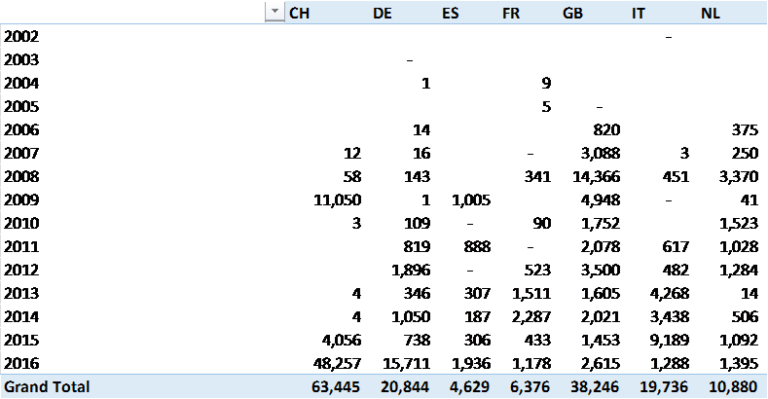 Below, for convenience, are links to all relevant original documents.

Interview with SAFE’s Director, Mr Pan Gongsheng: Once the window is opened, it cannot be shut (In Chinese ),  or English and Italian (using google Translate). Not perfect translations, but better than nothing and good enough to get the main meaning.