Morgan Stanley positive on A-Shares. But… 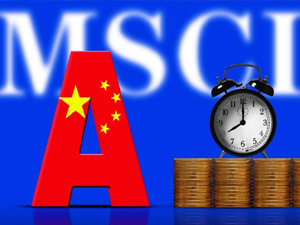 Morgan Stanley said in a report that the likelihood of a new bull run in China’s A-share market has increased as the country is believed to be capable of managing its debt problem and avoiding financial shocks. The bullish sentiment was based on its positive views about China’s ability to rebalance its economy, address the issue of the rapid debt buildup, and promote key reforms to ensure the country achieves high-income status by 2027. China’s high level of savings and its strong net asset positions, provide adequate buffers against financial shocks.

Morgan Stanley said that the A-share market can enter a new bull market as domestic investors rotate from property and bonds back into stocks. The bank forecast the benchmark Shanghai Composite Index will reach 4,400 points.

The Chinese central bank has been lowering interest rate since 2014. When a central bank lowers interest rate, the investment tends to go up. So the goal of rebalancing the economy cannot be achieved with the loose monetary policy.

I think actually rebalancing is not happening fast enough in China.  We did a study – a scenario analysis – that indicates that China would need decades before we can see rebalancing truly occurring. Our report was written for the China Policy Institute and can be found here.

Whether this will have any impact on stock market, it is hard to say, because the performance of A shares in the Shanghai stock market is disconnected from the real economy. The only thing I know is that every 7-8 years, the stock market peaks at range between 5000 and 6000, as it happened in October 2007 and again in June 2015, and then crushed down in a few months to the 2000 to 2500 levels.  This is the history and we may need to wait for a bit longer to see whether there will be a bull market again.