The benefits of “unclear’ regulations in the Chinese funds market 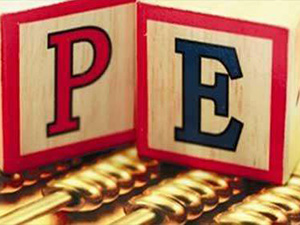 China’s securities regulators are gathering comments about the proposed regulations to govern the fund raising procedures for private funds, traditionally used as a vehicle to transfer money into the shadow banking” system.

Prior to now, the most recent regulation was introduced by CSRC (China Security Regulator Commission) back in 2014. At that time, such regulation did not set strict restrictions for capital raising. For example, investors with low liquidity ratio were also accepted by private fund managers. As expected, the regulatory ambiguity leads to high industry growth. At the end of January, 2017, China had 18,048 registered private fund management firms, managing 10.9 trillion Yuan ($1.59 trillion) raised through 47,523 funds for securities and equity investments.

Unlike mutual funds, private funds are subject to fewer investment restrictions and lower disclosure requirements. The rapid expansion has been accompanied by many problems, including stock price manipulations, for which some fund managers have been punished.

The new regulations that will be drafted after receiving all comments will cover all types of private funds, including investments in securities and equity, as well as venture capital. Individuals and firms whose leverage ratios exceed 50% are also restricted in the industry.

Even if economists often criticize the lack of clarity, I actually believe there are often-overlooked benefits that are the results of regulations not being too clear. In the case of the ‘unclear’ rules for capital raising by private funds, one can use the industry response, for example its growth rate – as a measure of the market dynamics that often operate in the grey area between what is allowed and what is not allowed.

Often the market response sets the stage and input to changes in the regulations. I often say that the market response is actually the grey area between what is allowed now and what will be allowed later, on the assumption that the market would, indeed, drive new regulation. This hypothesis is not particularly adventurous: indeed, the CSRC is seeking comments and input from the market players, market player that, other than filling a survey on request, are sending signals to the CSRS on a daily basis, through their behavior in the market. Nothing new for China, another typical example of “Crossing the river by feeling the stones” 摸着石头过河.

In this case, the opposite shore is the new rules governing private funds and the stones are indicators, such the industry growth rates, investor liquidity ratios and total wealth threshold accepted by fund managers, bankruptcy ratios, and all sorts of metric of failure and success. Then, the CSRC can respond. Before Deng Xiaoping, other philosophers, singers said “We cannot direct the wind, but we can adjust the sails.”