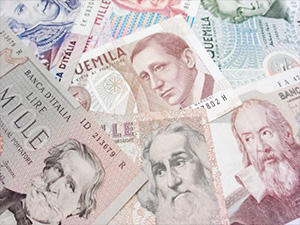 Fellow economist and friend, Alberto Bagnai, was featured in the Financial Times discussing the possibility of Italy leaving the Eurozone.

Alberto Bagnai said that there should be a controlled end to the euro. He is a professor at Pescara University who is one of the leading Italian advocates of leaving the euro.

In one of his articles, he wrote, “Undoing the euro will be costly, though less costly than its alternative, which is protracted stagnation of the European and hence the world economy, and the growing risk of a major financial collapse.” He also believes the idea that Italy should ditch the euro — possibly dealing a fatal blow to the single currency — is gaining traction.

People who advocate Italy to leave the euro are arguing that only a return to monetary sovereignty will allow Italy to free itself from the budgetary and regulatory constraints set by the EU and the European Central Bank.

Bagnai makes a few very important points that even the most strenuous pro-euro supporters would find hard to disagree with. My main comment is that if Italy remains in the Eurozone, it will be very difficult, almost impossible, for Italy to escape the current economic crisis. Indeed, things may get worse over time. If however, Italy decides to exit the Eurozone, there is a chance. It does not mean that Italexit will bring prosperity, but it will give Italians a chance.