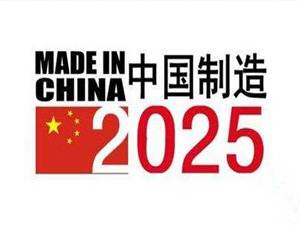 According to National Bureau of Statistics, Chinese industrial companies are experiencing robust profit growth in the first two months of 2017. In January and February, industrial enterprises reported a 31.5% increase in profit from the same period last year, reaching a total value of 1.02 trillion Yuan ($148.5 billion). In 2015, Chinese major industrial enterprises reported profit losses, and then reaped good returns in 2016 on the back of a construction boom.

I strongly believe that, this time, China is serious about it. China Manufacturing 2025 is a real thing and not the usual initiative aimed at pleasing the desire to enhance soft power and find objective to dissuade attention.

In 2015, the so-called secondary sector had posted an-almost zero growth rate, having declined steadily from the previous years. Industrials, a main sub-sector of the secondary industry, grew by a mere 1% and only thanks to Construction – the other main segment – overall secondary sector did not go into negative territory.

However, things have changed significantly during 2016. China Manufacturing plan is already bringing benefits: the downward trend has been stopped and, in 2016, secondary sector posted a 7% growth rate. Manufacturing (a sub-component of Industrials) also regained strong growth rates after four years of declining growth (+4% in 2013, +8% in 2014, +4% in 2015 and, finally, up again to +6% in 2016). In other words, CM2025 is not..just words. Stay tuned and brace yourself for a global revolution of production activities.