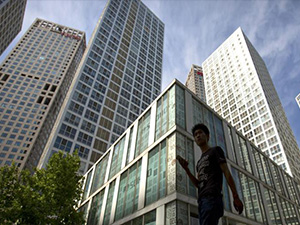 In one of my Op-Eds written for Radiocor- IlSole24Ore, Moody’s fa i conti e si allinea alla realtà dei fatti， I talked about Moody’s choice to align itself with the reality  when China’s sovereign debt was downgraded from A1 to Aa3.

China’s state bonds market is, currently, a non-market: the trading volume is low and the main players are state banks that buy bonds issued by the government and, almost always, and they keep them in the portfolio until they expire.

As Chineses government is the main shareholder of the banks in China, issuing state bonds in China is nothing more than an exchange of assets and liabilities between the central bank and commercial banks. It is not strange that the interest rate curve does not follow the market rules.

Beijing decides, then, at the table, the slope of the curve itself, the spread between long and short rates. Basically, the Governor draws the rate curve and passes it to commercial banks that will carry out loan operations and purchase bonds at those values.

Therefore, the downgrade of Moody’s can not  have immediate effect on rates either because there is no active market and because, as it is said, it is late.

When we want to assess the risk of a goverment debt, it would be bettert to use the ratio between public debt and tax revenues, or to include in the numerator not only public debt, but also the debt of individuals and companies, so we can get a comprehensive measurement of default system: total debt / total GDP.