Will climate change leave the Mediterranean at the margin? 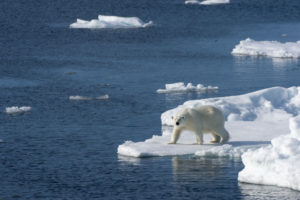 We continue on the issue of the possible gradual loss of centrality of Europe and Italy in the international geopolitical chessboard and how the next five years, 2018-23, will be of great strategic importance for our country. Today, I focus on a long-term theme, but not less important:

How climatic changes and the increase of the temperature will lead to the melting of the ices and the consequent opening of the sea routes along the Arctic. The Asia-Europe route will thus have an alternative to the Suez / Mediterranean channel that will lose some of its strategic geographic advantage.

In almost all reports published on the New Silk Road, One Belt One Road, the routes are always traced along the traditional route: by land from Xi’an, and by sea along the Indian Ocean. What, shrewdly, is shown little is the “New” New silk road.

To answer these three questions, I will refer to an article published by Bloomberg, and a detailed study published by the Artic Institute of the Copenhagen Business School, where I am lucky to work during the summer. In Denmark, they understand shipping since the largest container company in the world, Maersk, is Danish. The Chinese Cosco is fourth.

1) When? 2040/2045. The melting of the ice is a continuous process and every year new routes are opened and the number of days of navigability per year increases. The maps below refer to the routes that can be traveled by traditional containers (in blue) and by icebreakers containers (in red). The straighter routes are shorter routes, but also those that will need more time before being free from ice. However, some of the blue routes, in more southern parts of the Arctic, are already navigable from today, but many more will be navigable in 2045.

2) How shorter? 25%. The advantage of the Arctic routes between Asia and Europe depends on the latitude of the Asian port, assuming a fixed point of arrival in Europe. Of course, the further north the Asian port is and the more will the savings be. The Tokyo-Europe route via Arctic will be about 40% shorter than that via the Indian Ocean and then Suez-Mediterranean. As you go down, the savings decrease. If the trip starts from Shanghai, the Arctic route will save 27%. By coincidence, the same-distance point between the Arctic and Suez route is in Vietnam, which means that all the Chinese ports will be included in that area that should favor the Arctic route, while the ships leaving from Singapore instead, will have no advantage to go North. In other words, weather permitting, all containers leaving from China – including Hong Kong – for Central Europe could find the Arctic route cheaper and abandon the Mediterranean. I’m exaggerating a little, I know. There are many other considerations that will keep the Suez route alive, first and foremost the increasingly strong Chinese presence in Africa, a destination for which the route via the Indian Ocean will always be preferable.

3) What’s on the Arctic route? Intermediate ports and natural resources. Apart from distance considerations between A and B, container ships will prefer to choose one or the other route also depending on the type of economic activities that take place along the route. One can think of intermediate ports – which would continue to favor the Indian route even in the face of a longer overall distance – or the presence of natural resources, which instead could, I say could, favor the Arctic route. We know of Nickel’s deposits in Norilsk, to give a classic example. The port of Murmansk, in Russia, is already in the eye of the New Silk Road. 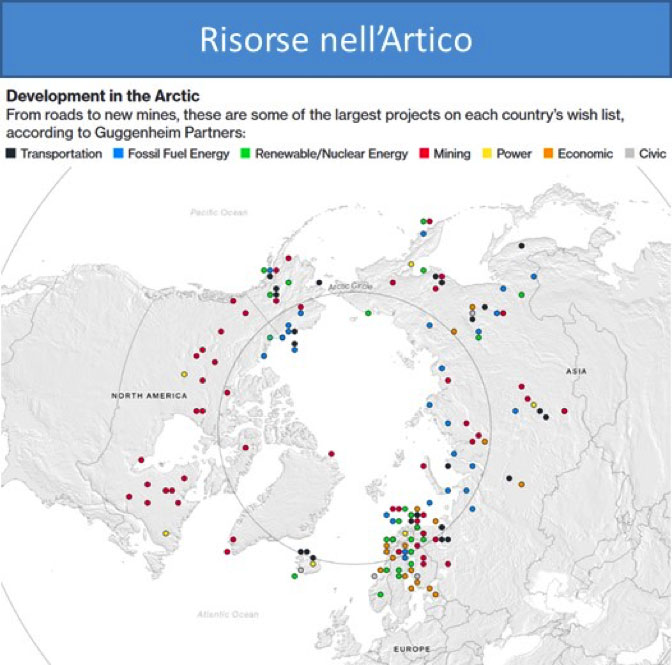 Conclusions:
There are challenges that Europe and Italy will have to face that are much closer in time than the partial replacement of the the Mediterranean by the Arctic. Having said that, 25 years is actually not a lot either. In the short term, my suggestion is to hurry up to forge agreements with China in the Mediterranean in order to maximize the value of our port assets, before the Arctic from the North and Africa from the South relegate us to the role of ” stuck in the middle “. The 25-25 rule applies: within 25 years the Arctic allow saving of 25%