We have just ended the official mission in Germany where we discussed many topics of interests for our companies. As always, when we can, we try to take the concrete steps after the meetings, and we move on to facts. It is in this spirit that we have spent a lot of time visiting the innovation and start up centers in Berlin to understand the success factors of this new European innovation hub, to adopt initiatives that could improve the Italian start up system and to invite our German friends to cooperate with Italy on our Global Start Up Program.

Their response has been enthusiastic, both at the government level and from the world of start-ups, and we can anticipate that Germany will host our start-ups during the next phase of the project, together with Holland, which we visited a few days ago: two more countries therefore will join our initiative. These are important European countries, very interested in our idea, and perhaps positively surprised that Italy finally takes concrete initiatives to improve commercial relations between European partners and in particular in this sector, start-ups, which can be one of the key factors for a sustainable economic development.

Let it be clear, this so-called Erasmus of  Startup Programme, am initiative dear to me who was the very first Erasmus student of my faculty, is not the panacea to recover the ground lost over the years, which led Italy to become one of the few countries without Unicorns, but it is a small step – I am convinced in the right direction – to allow our companies to open their eyes to the world and to make that leap towards scale-up that has perhaps been missed so far.

Another necessary step is to create favorable conditions for the Venture Capital sector to flourish here in Italy, which represents the lifeblood of rewarding innovative ideas something that our young people are not lacking.

Start-ups should be getting more attention for their contributions to employment. According to Tim Kane (Figure 1), startups create most new net jobs in the US. Between 1977 and 2005 they contributed nearly all the roughly two million to three million new jobs created every year. Existing companies contributed no net new jobs. Dataset Business Dynamics Statistics (BDS) also confirms that startups are not one of the reasons when it comes to job growth. They’re the only reason. Furthermore, startups are the centers of innovation and one of the main driving forces of the economy.

The number of innovative Italian startups are moving towards 10,000 in 2018, with just over 52,000 people employed and less than 1 billion euros in total turnover (PDF).

My Startup Visits in Germany

During my mission in Germany, I visited three big German incubators Axel Porsche, Factory Berlin, Berlin Partner and GTEC. I talked with their many staff and was impressed by their success outcome.  For example, Jörg Rheinboldt at Accelerator Axel Porsche told us that they have a total of 128 startups and one of them N26 one of the German Unicorns just achieved a post-money valuation of 2.4 billion Euro this year with the initial funding of 500K Euro 5 years ago. These accelerators are good at selecting future unicorns. The other incubator Factory Berlin is an example of international reach of the Berlin incubator scene. They count over 3,000 members from over 70 nations and collaborates with startups like IOTA, Hackerbay, and Zendesk as well as corporates such as Deutsche Bank, Schaeffler, and Google.  In addition, I also visited the Federal association of German Startups where I understood more the business environment for startups in Germany. They manage and monitor 850 members.

From the finance point of view, Berlin has equaled London in terms of VC financing of startups. This is an example of city, Berlin, who managed itself dedicated as one of the main centers of European innovation with key success factors being available land, government reconversion plans, cheap rental, multicultural environment, access to financial channels. In five words, a cool place to be.

Italy Needs to Do More

After travelling to Boston MIT, Holland, Asia and today Germany and talking to different incubators and startups, we know Italy needs to do more in terms of Startups which indeed create employment and innovation. As a professor I want to bring research back to government tables and increase RD, employment and GDP growth.  Here are some improvements we should work on and our Global Startup Programme can be a good start.

As a first step to improve our Global Startup Programme, we have invited many groups of people we met today to give a talk to our startups and share their experience with our young entrepreneurs. 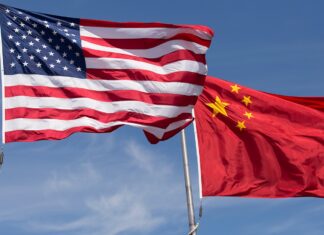 0
On the New York Times, Thomas Friedman tries to get his American compatriots to understand that highlighting what China is doing, in which fields...

“But I couldn’t be born in another country”: when you don’t...

USA and China are doomed to work together, or they will...

“But I couldn’t be born in another country”: when you don’t appreciate what you...