Globalisation is an important driver of income inequality within countries, but mostly via financial rather than trade channels.

Several explanations exist to explain the increasing income inequality within nation states since the 1980s. An inequality indicator that clearly points towards rising within country inequality across Europe and in the US is the share of the incomes of the top-10% in pre-tax national income.

One explanation for rising inequality relates to economic globalisation: in recent decades, questions of how increasing market integration in the areas of international trade and finance has affected income inequality around the world have been at the centre of social science controversy. Academic scholarship has contributed to a rapidly growing body of literature. 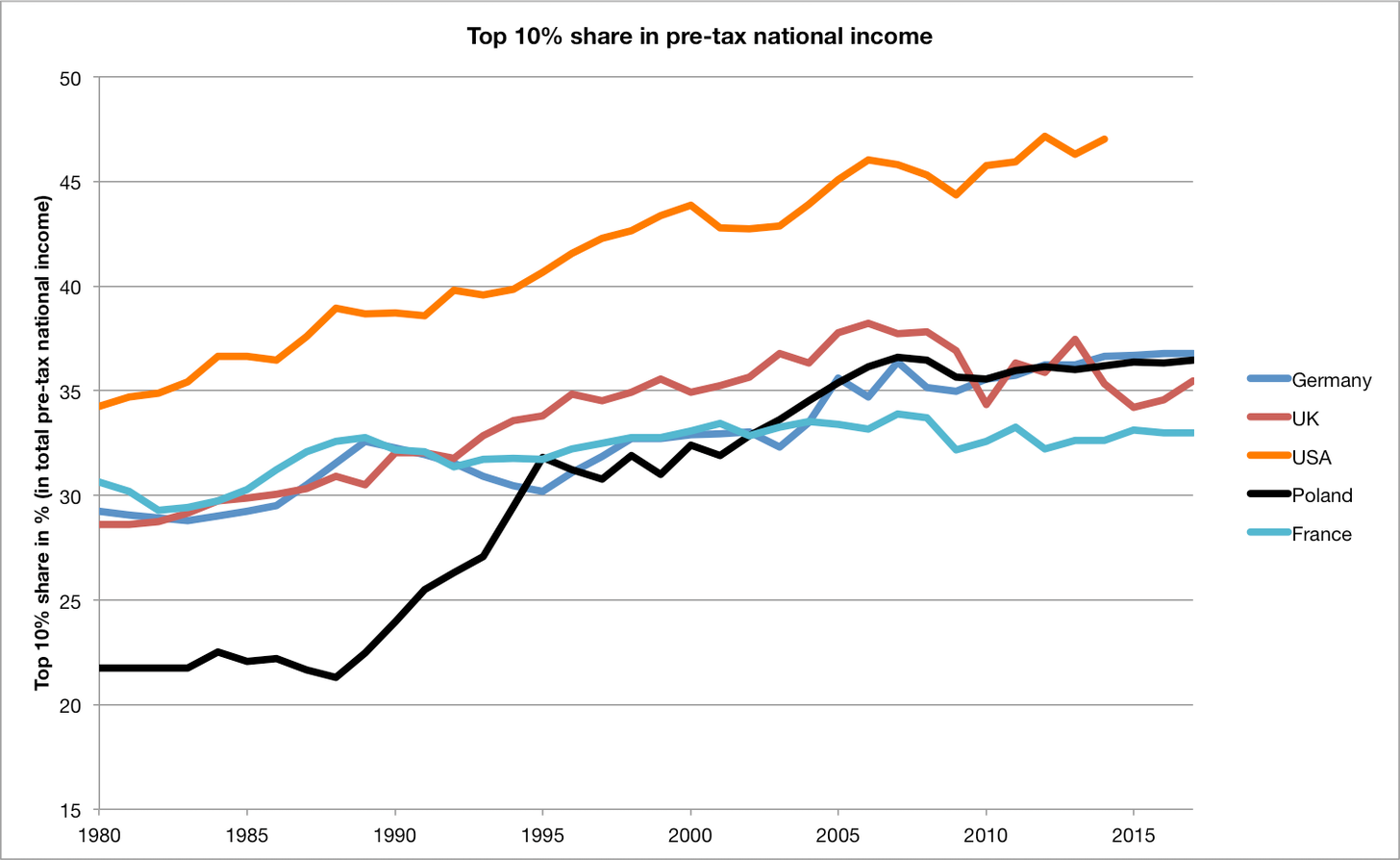 Despite considerable research efforts, different and partly contradictory results are being reported in the literature regarding the direction and magnitude of the effect of globalisation on inequality. At the theoretical level, the most prominent theory is the so-called Stolper-Samuelson theorem, which states that increasing international trade integration reduces income inequality within developing countries but increases inequality within advanced countries. Other theories concern the effect of financial openness on distributional aspects. Here, it is often suggested that the opening of financial markets should be accompanied by an improvement in financing opportunities – with ambivalent distributional effects – and a tendency to increasing inequality and vulnerability to crises.

The empirical literature concerning the effect of trade globalisation on income inequality is quite voluminous. There is both support for the Stolper-Samuelson theorem and refutation. Increasingly, however, aspects of globalisation that do not revolve around the trade in goods and services are also coming into focus. The increasing international integration of financial markets and the growing number of financial crises have led to numerous studies on the financial dimension of globalisation in recent decades – but with equally contradictory conclusions.

Another line of research deals with the question of whether the influence of globalisation is not so important because domestic political, institutional or other factors (such as technology, education or macroeconomic variables) are much more important for the development of inequality, even if these factors are not entirely independent.