Why did Switzerland say no to the agreement with the EU?

Marxism and Trieste: at the dawn of class struggles

The Swiss government decided on Wednesday not to sign the draft institutional agreement with the European Union, negotiated for seven years. Brussels expresses its “regret”.

Noting that “there are still substantial differences between Switzerland and the EU in some key areas” and that “the conditions for the conclusion of the agreement are not met”, the Swiss government “therefore decided not to sign it”. After seven years of negotiations, the institutional agreement which was supposed to govern future relations between Berne and Brussels was therefore shipwrecked.

The aim of the agreement was to harmonise the legal framework for Switzerland’s participation in the EU single market and to establish a mechanism to resolve any disputes.

The announcement comes after the summit of 23 April last in Brussels between the President of the Confederation Guy Parmelin and the President of the European Commission Ursula von der Leyen. The meeting did not allow the parties to reach an agreement on the still controversial issues. 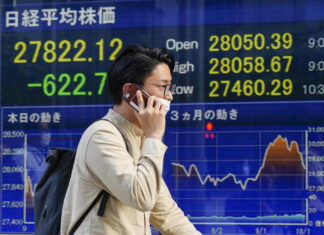 October 19, 2021
﻿﻿﻿﻿﻿﻿﻿﻿ The new data on falling GDP in China certainly does not give positive indications on the current economic situation. Let's take a look at...