How does the International Space Station work?

The ISS is a space station in low Earth orbit, dedicated to scientific research and managed as a joint project by five different space agencies. It provides a facility to conduct experiments that require one or more abnormal conditions that appear to be present on the station.

This video is avaiable on the Jared Owen Youtube Channel.

The structure of the station, with its more than 100 meters of frame, covers an area larger than any previous space station, so as to make it visible from Earth to the naked eye. The sections of which it is composed are managed by ground mission control centers, made operational by the space agencies participating in the project.

The space station travels at an average speed of 27600 km/h, completing 15.5 orbits per day and is maintained in orbit at an altitude between 330 and 410 km above sea level. Since 2 November 2000 it has been inhabited continuously by a crew of between 2 and 7 astronauts. Over time the crew was replaced several times and some astronauts returned several times on the ISS.

Each station’s permanent crew is assigned a sequential expedition number. Each expedition has a duration of about six months and begins with the official handover of deliveries between one commander and another. In the expedition 68 planned for 2022, Italian astronaut Samantha Cristoforetti will be the first European woman to take command of the space station. 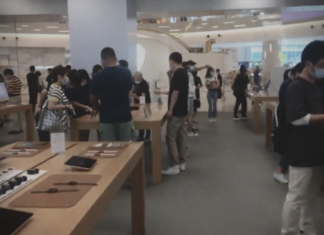 September 16, 2021
﻿﻿﻿﻿﻿﻿﻿ After many of our media have, guiltily, created an anti-Chinese climate that has not allowed us to learn from their mistakes or their successes,...