In China every couple can have three children: the plan for the repopulation

China said Monday that it would allow all married couples to have as many as three children and provide government support for education and child rearing, a move that comes as Beijing struggles to reverse a worsening demographic situation that presents a host of social and economic challenges.

The shift comes more than five years after Beijing ended its decadeslong “one-child policy” to let all couples have two children, and follows the May 11 release of census figures showing China’s population on the cusp of a historic turning point after years of rapid growth.

The announcement came after a Monday meeting of the Politburo, the Chinese Communist Party’s top decision-making body, chaired by leader Xi Jinping —a signal of concern over the demographic situation at the country’s highest levels. State-run Xinhua News Agency said the change would “improve the country’s population structure, actively implement the national strategy to respond to the aging population, and maintain the country’s demographic advantage.”

About half of Chinese couples are willing to have two children, according to a 2017 study by the state-backed All-China Women’s Federation.

The once-in-a-decade census showed 12 million babies born in China last year, the fourth straight year in which births fell, despite the relaxed restrictions. In 2016, there were 17.86 million births. 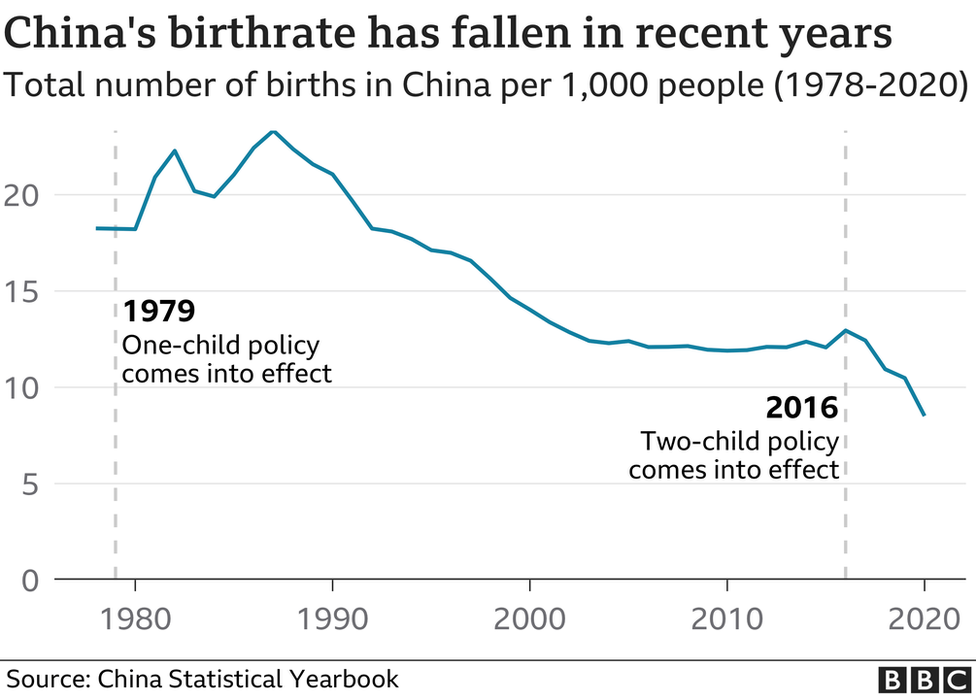 “Evidence in other countries suggests that, once [the] birthrate is on a downward trend, it is difficult to…reverse it,” said Zhang Zhiwei, chief economist at Pinpoint Asset Management.

In Hong Kong, Taiwan, Singapore, South Korea and Japan, years of government efforts to reverse falling birthrates have largely failed. But the scale of China’s challenge is on a different order.

For more than three decades, China relied on young workers to fuel its economic growth and build up the world’s second-largest economy. Now, the impact of the one-child policy—imposed by Beijing in 1980—is becoming apparent, having effectively prevented the births of millions of workers and women of childbearing age, as the number of senior citizens is climbing.

As in the cities, the impact of the new policy is likely to be limited in the countryside. Many families already have two or more children because of China’s less restrictive birth policy in rural areas, said Wang Han, a 25-year-old woman from a rural county in the central Chinese province of Henan. 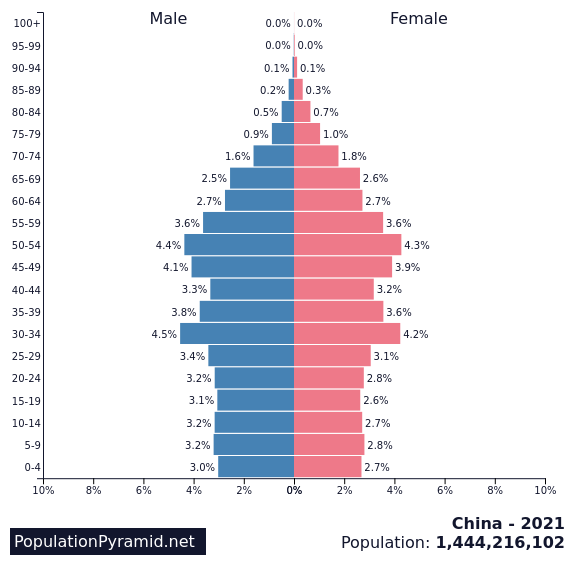 “My preference to have two children is based on the assessment of my economic circumstances and abilities,” Ms. Wang said. However, she saw it as a positive that the government now will allow three children. “If a third baby were to happen, then I wouldn’t have to worry anymore.”

China’s family-planning commission has historically had wide latitude to manage people’s private lives, including the power to fine couples who violated the one-child policy and sometimes to force women to have abortions.

In conjunction with its lifting of birth restrictions, the Politburo also said Monday that it would gradually raise the national retirement age and increase investment in its senior population, without elaborating.

Any move to delay the retirement age could also discourage childbearing, since many of today’s prospective parents are themselves only children who rely on their retired parents to be primary caregivers for their grandchildren.

”It is hard to imagine what we will have to face if we have more children and our parents are not able to help us with the delayed retirement,” said Wang Shuo, a 31-year-old lawyer in Shenzhen who married last year but has no children.

“I’m not buying three Rolls-Royces not because there’s any restriction, but because they’re expensive,” read one widely-shared post, comparing children with the British luxury auto brand.

“If two only children get married, then they will have to take care of four parents, three children and retire at 65,” read another widely-shared post. “Donkeys have a better life than this.”