Is better the Silk Road or the Tank Road?

Confessed, the Silk Road is preferable to invasions with tanks, even if our “experts” manage to complain even if China occasionally takes possession of a few kilometers of highway. Better than dying, right?

Philosophy is what we owe, both for economic reasons but also for ethical reasons, a chance for development to these countries of Central Asia and Africa that have been less fortunate than us and there are two ways to do it:

Military interventions, ousting the leader, replacing him with another and this game we know that fundamentally does not work.
Investments and Infrastructure, roads, energy projects, dams and even ports.

Those who have complained about the Silk Road have not understood that this way of development is the way of the future, it is the way favorable to the local population. It’s not just China, the Silk Road, The Silk Road is all of Africa’s 50 countries plus those of Asia plus those of Europe that have decided to participate, so we’re talking about a lot of countries that can make their resources available to give that development that these countries deserve.

This infrastructure, unlike tanks, remains and gives peace and prosperity, and this is the model that I have seen for 15 years living in Asia in terms of transport, trains and motorways not only transport goods but also transport wealth, So today, unfortunately, if you allow me to claim a philosophical victory over the Silk Road rather than the Road of Tanks and woe to those of us who are still opposed to cooperating not to make war cooperate with China, with Japan, with the United States, with all without distinction of color. The Western containment strategy towards China is wrong, what is there to contain 20% of the world is not Luxembourg, the EU strategy to define China as a strategic rival is a huge mistake that will pay our companies, our workers when they try to do business or our citizens trying to work in these countries.

The interview continues on my Youtube Channel and is avaiable on milanofinanza.it
Share
Facebook
Twitter
WhatsApp
Linkedin
ReddIt
Email
Telegram
Previous articleEven Italy philosophically follows China, society before the individual
Next articleIn which countries do our exports really end up? Here is the new ranking with USA at the top with 80 billion 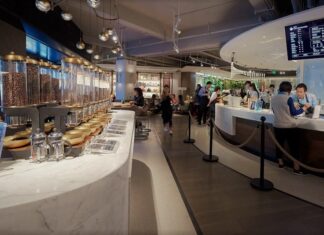 September 11, 2021
﻿﻿ In this video today we see a normal Saturday morning in a Shanghai café, I ask you a question: what do you think it's...