Why Nation-Building Failed in Afghanistan

Although the United States clearly could have done a better job of managing its departure from Afghanistan, the tragedy playing out this month has been 20 years in the making. From the outset, America and its allies embraced – and never reconsidered – a top-down state-building strategy that was always destined to fail.

The original article is available on project-syndicate.org

ISTANBUL – The United States invaded Afghanistan 20 years ago with the hope of rebuilding a country that had become a scourge to the world and its own people. As General Stanley McChrystal explained in the run-up to the 2009 surge of US troops, the objective was that the “government of Afghanistan sufficiently control its territory to support regional stability and prevent its use for international terrorism.”

Now, with more than 100,000 lives lost and some $2 trillion spent, all America has to show for its effort are this month’s scenes of a desperate scramble out of the country – a humiliating collapse reminiscent of the fall of Saigon in 1975. What went wrong?

Pretty much everything, but not in the way that most people think. While poor planning and a lack of accurate intelligence certainly contributed to the disaster, the problem has in fact been 20 years in the making.

Continue reading the originale article available on project-syndicate.org
Share
Facebook
Twitter
WhatsApp
Linkedin
ReddIt
Email
Telegram
Previous articleIn which countries do our exports really end up? Here is the new ranking with USA at the top with 80 billion
Next articleArrival at Shanghai Airport 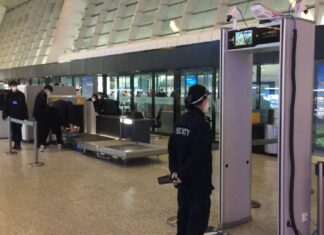